Frank Miniter is the author of the New York Times bestseller The Ultimate Man's Survival Guide and The Politically Incorrect Guide(tm) to Hunting. A frequent commentator on radio and television, he is a field editor for American Hunter (an NRA magazine)and a contributor to Forbes. Miniter is also the ultimate man. He has run with the bulls of Pamplona, snowshoed the Klondike, hunted Russian bear in Kaleria, and has survived everywhere from the Amazon to the streets of Manhattan. He lives in New York. 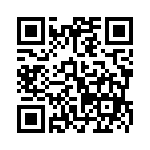