Page 314
Reserve was approximately 6000 , and the Volunteer Force about 13,000 . In addition to these , one must take into consideration the Military Police , about 200 men , and the Civic Guard , an armed police force of 1243 sergeants and 6000 ...
Page 315
Similarly , the Royal West Africa Frontier Force , with its nominal establishment of about 5000 , responsible for the defence of Nigeria , the Gold Coast , Sierra Leone and Gambia , has been expanded by the creation of reserves and ...
Page 353
Enthusiastic majorities may acclaim the Führer , but there are minori- ties who are reduced to silence and to obedience by force , and by force only are restrained from revolt . The ' bogey ' of Party need not , then , alarm us . 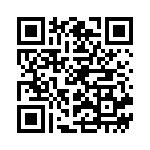