Talking to strangers: improving American diplomacy at home and abroad

How the United States conducts its foreign policy has been the subject of scores of volumes, some written by historians, others by political scientists, but few by practitioners below the level of ... Read full review

Monteagle Stearns has served as a U.S. diplomat for over thirty years, including three years as ambassador to the Ivory Coast and four years as ambassador to Greece. He is now retired. Stearns has also held fellowships at the Woodrow Wilson International Center for Scholars, at the Council on Foreign Relations, and at Harvard University. He is the author of Entangled Allies. 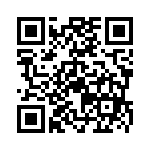