Page 300
Two legal experts , one British and one from Luxemburg , favoured the French ; while the Germans relied upon an American and a German . The number of German children attending the French schools did not exceed 4000 , and some years ...
Page 1
ECONOMIC SEPARATISM IN THE BRITISH EMPIRE . 1. Cornewall Lewis's Government of Dependencies . Edited by Sir C. P. Lucas . Clarendon Press , 1891 . 2. A Short History of British Colonial Policy . By H. E. Egerton . Methuen , 1897 . 3.
Page 6
This means a country as big as the combined areas of the British Isles , France , Spain , Portugal , Italy , Switzerland , Belgium , Holland , Germany , Austria , and Czechoslovakia - all Europe , so to speak , from Berlin and the ...

73 other sections not shown 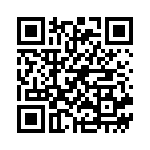