Seneca was born in Spain of a wealthy Italian family. His father, Lucius Annaeus Seneca (see Vol. 4), wrote the well-known Controversaie (Controversies) and Suasoriae (Persuasions), which are collections of arguments used in rhetorical training, and his nephew Lucan was the epic poet of the civil war. Educated in rhetoric and philosophy in Rome, he found the Stoic doctrine especially compatible. The younger Seneca became famous as an orator but was exiled by the Emperor Claudius. He was recalled by the Empress Agrippina to become the tutor of her son, the young Nero. After the first five years of Nero's reign, Agrippina was murdered and three years later Octavia, Nero's wife, was exiled. Seneca retired as much as possible from public life and devoted himself to philosophy, writing many treatises at this time. But in 65 he was accused of conspiracy and, by imperial order, committed suicide by opening his veins. He was a Stoic philosopher and met his death with Stoic calm. Seneca's grisly tragedies fascinated the Renaissance and have been successfully performed in recent years. All ten tragedies are believed genuine, with the exception of Octavia, which is now considered to be by a later writer. Translations of the tragedies influenced English dramatists such as Jonson (see Vol. 1), Marlowe (see Vol. 1), and Shakespeare (see Vol. 1), who all imitated Seneca's scenes of horror and his characters---the ghost, nurse, and villain. 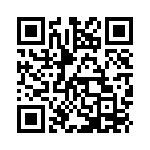