Page 4 - ... fruit thereof is uncertain, and consequently no culture of the earth, no navigation nor use of the commodities that may be imported by sea, no commodious building, no instruments of moving and removing such things as require much force, no knowledge of the face of the earth; no account of time, no arts, no letters, no society, and, which is worst of all, continual fear and danger of violent death, and the life of man solitary, poor, nasty, brutish, and short.
Appears in 1230 books from 1651-2008
Page 66 - These angels and men, thus predestinated and foreordained, are particularly and unchangeably designed ; and their number is so certain and definite, that it cannot be either increased or diminished.
Appears in 561 books from 1584-2008
More
Page 84 - Vanity, they contrived here to set up a fair; a fair wherein should be sold all sorts of vanity, and that it should last all the year long. Therefore at this fair are all such merchandise sold, as houses, lands, trades, places...
Appears in 181 books from 1795-2008
Page 113 - For the Methodists in every place grow diligent and frugal: consequently they increase in goods. Hence they proportionately increase in pride. in anger. in the desire of the flesh. the desire of the eyes. and the pride of life.
Appears in 124 books from 1778-2007
Page 113 - I fear, wherever riches have increased (exceeding few are the exceptions) the essence of religion, the mind that was in Christ, has decreased in the same proportion. Therefore, I do not see how it is possible, in the nature of things, for any revival of true religion to continue long. For religion must necessarily produce both industry and frugality ; and these cannot but produce riches. But as riches increase, so will pride, anger, and love of the world in all its branches.
Appears in 126 books from 1778-2007
Page 67 - Predestination we call the eternal decree of God, by which he has determined in himself. what he would have to become of every individual of mankind. For they are not all created with a similar destiny ; but eternal life is foreordained for some, and eternal damnation for others. Every man, therefore, being created for one or the other of these ends, we say, he is predestinated either to life or to death.
Appears in 105 books from 1814-2008
Page 129 - To a foreigner you may lend upon interest, but to your brother you shall not lend upon interest; that the Lord your God may bless you in all that you undertake in the land which you are entering to take possession of it.
Appears in 65 books from 1952-2007
Page 114 - We ought not to prevent people from being diligent and frugal; we must exhort all Christians to gain all they can, and to save all they can; that is in effect to grow rich.
Appears in 144 books from 1812-2007
Page 84 - ... therefore at this fair are all such merchandise sold, as houses, lands, trades, places, honours, preferments, titles, countries, kingdoms, lusts, pleasures, and delights of all sorts, as whores, bawds, wives, husbands, children, masters, servants, lives, blood, bodies, souls, silver, gold, pearls, precious stones, and what not. And moreover...
Appears in 123 books from 1766-2006
Page 130 - It is true that they condemned interest-taking because "it is contrary to Scripture; it is contrary to Aristotle; it is contrary to nature, for it is to live without labor; it is to sell time, which belongs to God, for the advantage of wicked men; it is to rob those who use the money lent, and to whom, since they make it profitable, the profits should belong; it is unjust in itself, for the benefit of the loan to the borrower cannot exceed the...
Appears in 17 books from 1914-2006
Less 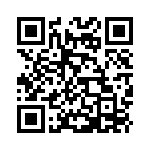