Page x
CONTRIBUTORS Africa , East : Uganda , Tanzania , WILLIAM ToRDOFF , MA ,
PH.D Kenya ( Professor of Government , University of Manchester ) Africa , North
: Algeria , Libya DR ROBIN BIDWELL Morocco , Tunisia , Western Sahara ...
Page 107
Although reliable figures were not available , there was clearly a steep rise in the
number of applications from East Germans wishing to give up their GDR
citizenship and settle in the West . According to reports in West German
newspapers ...
Page 108
Hawks evidently won the day in November when the protest singer , Herr Wolf
Biermann , was deprived of his East German citizenship while on a concert tour
of West Germany . Shortly afterwards another critic of the regime , Professor
Robert ... 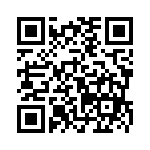