Thomas Boston (1676-1732) was a Scottish Puritan and church leader. Educated at Edinburgh, he became the minister of a small parish in 1699. In 1704 he came across Edward Fisher's Marrow of Modern Divinity, a compendium of the opinions of leading Reformation divines on the doctrine of grace and the offer of the Gospel. Boston later published an edition of The Marrow with notes of his own. 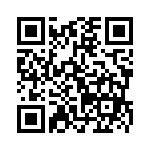