This an amazing reference work, it has articles on everything in the ancient world, I will use this source for years Read full review

Simon Hornblower is a Senior Research Fellow in Classical Studies at All Souls College, Oxford. He is the author and editor of many books, among them a Commentary on Thucydides in 3 volumes (OUP, 1991-2008). Antony Spawforth is Professor of Ancient History at the University of Newcastle, UK.Among his publications are The Complete Greek Temples (Thames and Hudson, 2006) and (ed.) The Court and Court Society in Ancient Monarchies (CUP, 2007). Esther Eidinow is Reader in Ancient Greek History at Newman University College in Birmingham. Her publications include Oracles, Curses, and RiskAmong the Ancient Greeks (OUP, 2007) and Luck, Fate, and Fortune: Antiquity and its Legacy (I.B. Tauris, 2010). 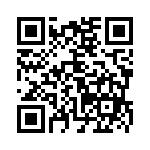