Page 34
... of Peter the Great , the peak of whose period was in the eighteenth century and
is now so eulogised by the Russian régime . Still less , in any British Churches ' ,
or other , relations , can we dissociate Russians from their personal heredity ...
Page 42
t There is here no suggestion that nothing can be done positively to prepare
active relations with Russia's Church . But it would be a pity if , by failure to
interpret and to link the past to the present , and by failure to realise realities ,
such positive ...
Page 460
Commercial agreements were signed with France , Brazil , Colombia , Turkey ,
and other countries and diplomatic relations were renewed with Uruguay , which
had for six years shown considerable hostility to Spain . After an interregnum of ...

70 other sections not shown 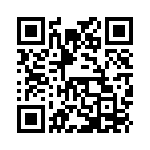