Page 21
As Scott said in Ivanhoe , while living animals continued to bear Anglo - Saxon names , ox , sheep , calf , swine , deer , the flesh of these animals as used for food was denoted by French words , beef , mutton , veal , pork , bacon ...
Page 142
If he wishes to maintain his position of world - leadership he must cut down on his living costs , that is to say , cease to be able to boast that America ' enjoys the highest living - standard in the world .
Page 399
So behind everything lies the religious sanction , which depends for its validity on the theory that the clan is a continuous entity comprising both the living and the dead . The ancestors are just as much concerned as the living in the ... 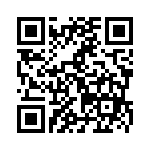