Elena Maslova teaches at the German Department of the University of Bielefeld, Germany and is a visiting scholar at Stanford University. 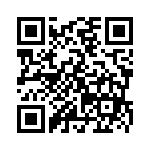