48 other sections not shown

LARRY SCHWEIKART is a professor of history at the University of Dayton, Ohio. He is the author of several books on Western history and finance. Schweikart has also contributed articles and essays to numerous books and magazines.
BRADLEY J. BIRZER is a professor of history at Hillsdale College, Michigan, where he teaches courses on the American West, Native Americans, and Jacksonian America. He is the former editor of Montana: The Magazine of Western History and Western Historical Quarterly. 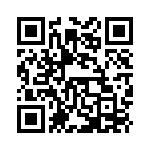