Page 315
The general contour is, indeed, somewhat suggestive of the leaf butterfly Kallima,
and like the butterfly, the fish bears on its surface lines of pigment and spots like
those found in decaying leaves. In these two genera, then, a similar appearance
...
Page 322
would nevertheless render it conspicuous among such thin, flat objects as leaves
, were it not for a special structural modification, found both in the nymph and the
adult insect, in the form of a prominent laterally compressed ridge extending ...
Page 337
Certain of the latter, for instance, bear the most extraordinary likeness to fresh or
dead leaves, both linear and broad in form, and to grasses. Among Acridiidae
adaptive radiation of form and appearance is more striking. There are short ... 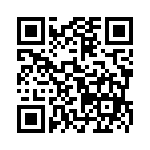