For those in need of a good reference.

Companion to the Catechism of the Catholic Church is a grate reference for those who want to understand how and by whom the Catechism was put together. This book is a gathering of all the footnotes ... Read full review

In one source, every reference in the Catachism at your finger tips. Must have for the serious minded. Read full review

64 other sections not shown

Pope John Paul II was born Karol Wojtyla on May 18, 1920 in Wadowice, Poland. He studied poetry and drama at Jagiellonian University. During World War II, he worked in a stone quarry and chemical factory while preparing for the priesthood. He received a Ph.D. from Rome's Angelicum Institute and a doctorate in theology at the Catholic University of Lublin. He was ordained in 1946 and became Auxiliary Bishop of Krakow in 1958. He was a university chaplain and taught ethics at Krakow and Lublin. In 1964, he became Archbishop of Krakow and in 1967, a Cardinal. On October 16, 1978, he was elected as the first non-Italian Pope since 1523. On May 13, 1981, Pope John Paul II was shot in an assassination attempt entering St. Peter's Square in the Vatican, but recovered fully. During the 1980's and 90's, the Pope visited Africa, Asia, the Americas and in 1993, to the Baltic republics, which was the first Papal visit to countries of the former Union of Soviet Socialist Republics (USSR). He greatly influenced the restoring of democracy and religious freedom in Eastern Europe and reaffirmed the Roman Catholic teachings against homosexuality, abortion, "artificial" methods of reproduction, birth control and priest celibacy. He rejected the ordination of women and opposed direct political participation and office holding of priests. His extensive ethical and theological writings included Fruitful and Responsible Love, Sign of Contradiction, Redemptor Hominis (Redeemer of Man), Evangelium Vitae (The Gospel of Life), and Ut Unum Sint (That They May Be One). After developing septic shock, he died on April 2, 2005. He was proclaimed venerable by Pope Benedict XVI on December 19, 2009 and was beatified on May 1, 2011. 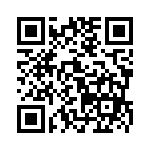