Page 10
He had for more than 50 years been Coroner for the Bradford , South , & c . , district of Shropshire , and until very recently , Registrar of Wellington County Court . Mr. Lander , who was admitted in 1881 , was reputed to be the doyen ...
Page 35
The following legal promotion has recently been announced by the Colonial Office : Mr. K. L. Gordon , barrister - at - law , Crown Attorney , Dominica , has been appointed Magistrate , Trinidad and Tobago .
Page 106
The Minister states that , while he is fully aware of their concern at the enforced stoppage of housing work , he can hold out no hope of new house building at present save the provision recently announced for a small number of cottages ...

12 other sections not shown 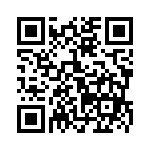