Page 23
After carefully reading the speeches of Lord Campbell , the Lord Chancellor ,
Lord Lyndhurst , and others , the impressions left upon one ' s mind are threefold .
The first is that the Bill was introduced because the sale of obscene publications
...
Page 390
Lord Lloyd , on the contrary , wished to prevent Zaghlul from becoming Prime
Minister . After a lengthy telegraphic dispute , Lord Lloyd ' s view was accepted by
the Cabinet . In the winter of 1926 – 27 the question of the British officials in the ...
Page 391
Lord Lloyd , however , still wished to proceed to extreme measures , but was over
- ruled and the episode closed . ' Mr Henderson then went on to say , ' that his
predecessor , on May 28 , two days before the General Election , issued to Lord ... 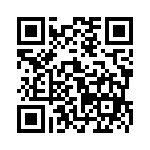