Currently rereading this book. Every autumn I like to reread one or more of the Jack the Ripper books I own, mainly because I find the subject endlessly fascinating. This 'History' gives a great deal ... Read full review

Paul Begg is a leading authority on the subject of Jack the Ripper. He regularly appears on TV documentaries on the Ripper, has advised the novelists Tom Clancy and Patricia Cornwell on the facts behind the mystery and has given talks to the FBI on the subject. He is a full time writer and current Editor of the Ripperologist magazine. His previous books include, Jack the Ripper: The Uncensored Facts (Robson, 1988) and the Jack the Ripper A-Z (Hodder). 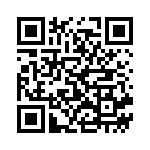