Page 344
Lynn , ' draws attention to the fact that the Mount Holyoake College , South
Hadley , Mass . , Red Book ' there referred to is not the U.S.A. ( To be concluded .
) Red Register , it has only recently become generally known that the one is
distinct ...
Page 422
In view of for Yarmouth ( Isle of Wight ) as a Whig in The Reformer's precise
assertions , the fact the short Parliament of 1831 . that there was a poll for
Newport in which In face of this important evidence , I might puted . The mystery ,
however ...
Page 423
a few accomplishment of maître de langues , already fact , however , that none of
the four masters helpfully exercised at Bordeaux , and perhaps appointed after
1766 is said to have “ stayed also at Edinburgh , Newcastle and elsewhere . for ... 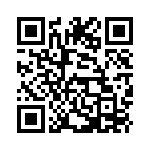