Page 1
But before a single century had passed , he had begun to live rather in the stiffness than in the strength of his eminence ; and another century saw him laid carefully away among the heroes . Since Dryden was laid away , the world has ...
Page 50
What greater curse could envious Fortune give , Than just to die , when I began to live ! Vain men , how vanishing a bliss we crave , Now warm in love , now withering in the grave ! Never , O never more to see the sun !
Page 97
... shall in misfortunes live , Must be , when those misfortunes shall arrive ; And since the man who is not , feels not woe , ( For death exempts him , and wards off the blow , Which we , the living , only feel and bear , ) What is ... 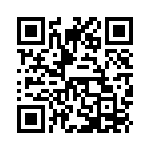