The son of a Swedish Lutheran pastor, professor, and court chaplain, Emanuel Swedenborg first became a scientist and mining engineer. Of brilliant intellect and wide-ranging interests, he explored many areas of nature, doing pioneering work in several fields. In 1743 he began to experience a series of visions of the spiritual world. Over subsequent years he maintained that he held conversations with angels, the departed, and even God, and that he had visited heaven and hell. Swedenborg penned a lengthy series of writings inspired by these encounters, based on the concept of a spiritual cosmos as model for the physical, an educative view of the afterlife, and the allegorical interpretation of Scripture. In 1774 the small Church of the New Jerusalem was founded explicitly on the basis of his revelations. Swedenborg's influence has been much wider than its membership. His teachings entered American culture generally through the popularity of several of his books and his impact on Spiritualism and the New England Transcendentalists.

George Bush, forty-first president of the United States (1989-1993), is the co-author with Brent Scrowcroft of the 1998 critically acclaimed book, "A World Transformed." He and his wife, Barbara, live in Houston, Texas and Kennebunkport, Maine. 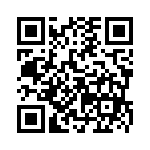