Page 1
The Table includes references to Imperial Acts adopted and not wholly repealed , with their adopting Acts of ... of the Parliament of Western Australia , a reference is given in the Table to the Volume in which the Act is reprinted .
Page 25
Affecting Act , 75 of 1957 , Housing Loan Guarantee Act . Other Reference 36 of 1943 , Companies Act , Part VI . 82 of 1961 , Companies Act . CO - OPTED MEDICAL AND DENTAL SERVICES FOR THE NORTHERN PORTION OF THE STATE ACT , 1951 , No.
Page 133
The following Table contains , under the heading of the title of each relevant Act , references to the By - laws , Regulations , Rules , Notices , Orders in Council and Proclamations , with all amendments thereto , made or given under ... 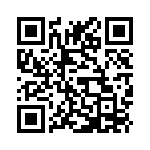