Page 407
Parzifal , ' inspired a poem deeper and richer than any of their own , in Provence
and in Italy the seed , abundantly scattered , failed almost entirely to germinate .
Provence was nearer to the centres of the epic vogue ; and one noble Provençal
...
Page 421
French and Provençal were far nearer to linguistic , as those who spoke them
were to political , unity , than Italian with its ... He saw in his common vernacular a
step towards the spiritual unity of Italy , as he saw in the imperial rule the only ...
Page 551
On the admission of Mr Asquith , Italy , one of the signatories of the Triple Alliance
, will possess four Dreadnoughts by the year 1913 - '14 . On the admission of the
Admiralty , two Austrian battleships or armoured cruisers , of the Dreadnought ... 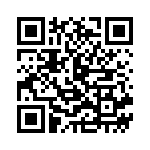