Sergei Bulgakov (1879-1944) is considered by some to be the greatest Russian Orthodox theologian of the twentieth century. Early in the century, he progressed from Marxism through idealism to an acceptance of the Christian faith, becoming a Russian Orthodox priest in 1918. He was one of the most active figures in the Russian religious renaissance. During the 1920s, following in the footsteps of Vladimir Solovyov and Pavel Florensky, be began to develop a profound and original vision of Sophia. He was exiled from the Soviet Union in 1922 and moved to Paris, where he began the most fruitful period of his life. By the mid-1930s, his work had won enough disfavor with the Church hierarchy that he was censured and barred from teaching and performing priestly duties. Nevertheless, at his funeral he was eulogized as a "Christian sage, a teacher of the Church in the purest and most lofty sense ... enlightened by the Holy Spirit, the Spirit of Wisdom, the Spirit of Understanding, the Comforter," to whom he'd devoted his life. The image to the right shows Sergei Bulgakov with Pavel Florensky.

Boris Jakim is one of the foremost translators of Russian religious thought into English. He has translated S.L. Frank, Vladimir Solovyov, Pavel Florensky, and Sergius Bulgakov. 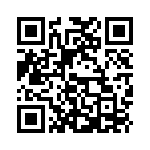