Page 46 - And that in the most holy sacrament of the Eucharist, there is truly, really, and substantially the body and blood, together with the SOUL and DIVINITY of our Lord Jesus Christ...
Appears in 538 books from 1694-2008
Page 143 - For no sooner had he begun, in the application of his sermon, to invite all sinners to believe in Christ, than four persons sunk down close to him, almost in the same moment. One of them lay without either sense or motion. A second trembled exceedingly. The third had strong convulsions all over his body, but made no noise unless by groans. The fourth, equally convulsed, called upon God with strong cries and tears. From this time, I trust, we shall all suffer God, to carry on his own work in the way...
Appears in 38 books from 1809-2006
More
Page 32 - The doctrine which holds that the Blessed Virgin Mary, from the first instant of her conception, was, by a most singular grace and privilege of Almighty God, in view of the merits of Jesus Christ, the Redeemer of the human race, preserved from all stain of Original Sin, is a doctrine revealed by God, and therefore to be firmly and steadfastly believed by all the faithful.
Appears in 74 books from 1865-2008
Page 168 - Abortion and euthanasia are thus crimes which no human law can claim to legitimize. There is no obligation in conscience to obey such laws; instead there is a grave and clear obligation to oppose them by conscientious objection.
Appears in 15 books from 1995-2008
Page 34 - The United Church of Christ, The United Methodist Church, and The United Presbyterian Church in the USA Both the President and the Congress have the power to grant amnesty.
Appears in 30 books from 1965-2004
Page 144 - For the LORD your God dried up the waters of Jordan from before you, until ye were passed over, as the LORD your God did to the Red sea, which he dried up from before us, until we were gone over: that all the people of the earth might know the hand of the LORD, that it is mighty: that ye might fear the LORD your God for ever.
Appears in 268 books from 1723-2008
Page 3 - First there is the rapist, who being insane was morally and legally innocent, and then there is the "innocent" embryo which is continuing the ravisher's original aggression! Even self-defense legalism would have allowed the girl to kill her attacker, no matter that he was innocent in the forum of conscience because of his madness. The embryo is no more innocent, no less an aggressor or unwelcome invader! Is not the most loving thing possible (the right thing) in this case a responsible decision to...
Appears in 6 books from 1972-2006
Page 100 - Third, Christians have an obligation to bring transcendent moral values into the public debate. All law implicitly involves morality; the popular idea that "you can't legislate morality" is a myth. Morality is legislated every day from the vantage point of one value system or another. The question is not whether we will legislate morality, but whose morality we will legislate.
Appears in 6 books from 1987-2007
Less 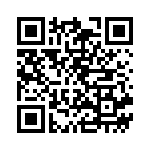