Aurelius Augustinus (354-430), better known as Saint Augustine, was born to poor parents in the small town of Tagaste in Numidia, North Africa, A.D. His father, Patricius, a pagan who lived somewhat of a loose life, was converted to Christianity before his death; his mother Monnica is one of the most revered women in the history of the Christian church on account of her personal piety and influence on her son.Augustine was educated at the University of Carthage and, according to his own account, belonged to a group of rowdy friends and joined in their intemperate living. While there, he entered into a fourteen-year relationship with a young woman who became the mother of his son, Adeodatus. He also joined the heretical sect of the Manicheans, who professed to have received from their founder a higher form of truth than was taught by Christ.At the close of his university career, which had been brilliant and full of literary accomplishments despite distractions, Augustine returned to Tagaste. There and later in Carthage and Rome, he taught rhetoric, training young lawyers in the art of debate. By the age of twenty-seven, Augustine had begun doubting the validity of the Manichean faith, and soon thereafter he was converted. Augustine's conversion, one of the and best known in church history, happened after he repeatedly heard a voice say "Take up and read." Augustine, alone in a garden, interpreted the voice as a command from God and instantly picked up the Scriptures. The first passage he came across, Romans 13:13-14, profoundly affected him, and he acknowledged Christ as the only way to salvation. Augustine was baptized the following year, gave up his teaching profession, and became an ascetic--studying the foundations of faith, writing (chiefly against his former sect), and conversing with a group of disciples, first at Rome and then in his native town.During a visit to Hippo, a town not far from Tagaste, Augustine was encouraged to enter the priesthood and did so. In 395 he became Bishop of Hippo, an office he filled for the remaining thirty-five years of his life. Though he took a leading part in the activities of the African Church through all this time and gradually became one of the most distinguished ecclesiastical figures in the Roman Empire, the care of his diocese and the writing of his books formed his chief occupations. He continued to lead a life of extreme simplicity and self-denial and, in his pastoral establishment, trained a large number of disciples who became leaders in the church. Augustine's influence on these younger men was due not only to his intellectual ascendancy but also to the tenderness of his disposition.A bulk of Augustine's literary activity was devoted to refuting heresies of his time. His two most important books are The City of God--which compares the "City of Man," founded upon self-love, with the "City of God," founded upon self-contempt and love for God--and The Confessions. The latter of these speaks for itself; one of the earliest extant autobiographies, it remains unsurpassed as a sincere and intimate record of a great and pious soul laid bare before God. 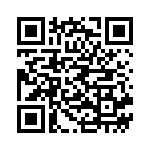