Michael Bliss is a professor of history at the University of Toronto working in the History of Medicine Program, a Fellow of the Royal Society of Canada, and has written extensively in several fields of Canadian and medical history. 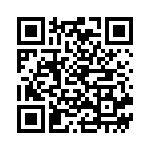