Brian Todd Carey is an Assistant Professor of History and Military History at the American Public University System, where he teaches ancient, classical, medieval and early modern military history. He is the author of dozens of history articles in numerous magazines and journals, including Aviation History, Command Magazine, History Magazine, Marine Corps Gazette, Medieval History Magazine, Military Heritage, Military History, Strategy and Tactics, World History Bulletin, World at War, World War II, and WWII Quarterly: The Journal of the Second World War and seventeen articles on ancient, classical and medieval Eurasian warfare for the twenty-one volume ABC-CLIO-World History Encyclopedia. In 2007 he was the recipient of the American Public University System's Excellence in Teaching and Learning Award for the School of Arts and Humanities. He is the author of Warfare in the Ancient World, Warfare in the Medieval World, Hannibal's last Battle: Zama and the Fall of Carthage, and Road to Manzikert: Byzantine and Islamic Warfare, 527-1071. 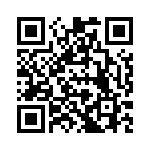