Peter C. Hill was raised an evangelical in a family strongly committed to the church. He is currently a professor of psychology at Biola University's Rosemead School of Psychology. Biola University played a significant role in the early days of the Protestant fundamentalist movement and today identifies itself as an "interdenominational and yet theologically conservative" institution. The Rosemead School of Psychology seeks to advance a psychologically and Christian theologically integrated understanding of human nature.

W. Paul Williamson was born the son of a Church of God (of Prophecy) minister. He followed in his father's footsteps and became an ordained minister in the denomination, serving 17 years of full-time ministry. During his doctoral studies, he felt the need to resign from the clergy and from his affiliation with the church to pursue a career in academic psychology. He is currently an assistant professor of psychology at Henderson State University in Arkadelphia, Arkansas. Dr. Williamson draws upon a wealth of experience in a Pentecostal tradition, both as a former member and as clergy, allowing him unique insights into its fundamentalist worldview. 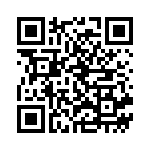