Christian Matijas-Mecca is associate professor of dance and music at the University of Michigan, Ann Arbor, MI. His website regarding Brian Wilson is www.wilsonsingersongwriter.com. 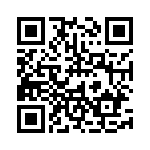