Old enough to have met Brendan Behan, Norman Mailer and Bertrand Russell, Brendan Lynch is a former racing cyclist and driver. He is a member of the Irish Writers Union, PEN and the Guild of Motoring Writers. A follower of pacifist philosopher Russell, he spent a month in Brixton prison for anti-nuclear weapon activities. He has reported and contributed motorsport features to media ranging from The Times, Observer and Daily Mail to the Irish Times, The European and overseas periodicals. 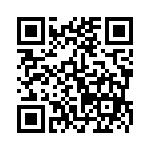