Henry Walter Bates was an English naturalist and explorer who gave the first scientific account of mimicry in animals. He was most famous for his expedition to the Amazon with Alfred Russel Wallace in 1848. 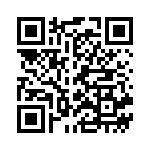