Page 643
It is far inferior , in ists , that some of the most anomalous forms these respects , to
the hideous Sucurujú , or among coleopterous insects are those which Water
Boa ( Eunectes marinus ) , which some- live solely in the nests of ants , and it is ...
Page 659
It lives on the ground , conceivable rapidity , probe the flower , and and feeds on
termites , or white ants , the then ... in form and habits , one its claws , and the
sluggishness of its motions , containing species which live entirely in the gave it a
...
Page 720
Canoe - men on the Upper Amazons live in The fishermen twice brought me
small constant dread of the terras chaidas , " or rounded pieces of very porous
pumice - stone , landslips , which occasionally take place along which they had
picked ...

35 other sections not shown 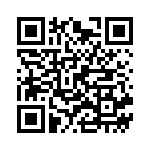