Page 5
... that the Clergy , and especially such as were many times there was more business Ministers in the Congregation , should to find out what should be read , than ( by often reading , and meditation in to read it when it was found out .
Page 29
And here is to be noted , that such Ornaments of the Church , and of the Ministers thereof , at all Times of their Ministration , shall be retained , and be in use , as were in this Church of England , by the Authority of Parliament ...
Page 31
At the beginning of Morning Prayer the Minister shall read with u loud voice some one or more of these Sentences of the Scriptures that follow . And then he shall say that which is written after the said Sentences .
Page 32
Congregation after the Minister , all Absolution and Remission of kneeling . their sins : He pardoneth and merciful Father ; We repent , and unfeignedly behave erred , and strayed from lieve his holy Gospel .
Page 33
Then the Minister shall kneel , and say the Psalm xcv . Lord's Prayer with an audible voice ; the people also kneeling , and repeating it wrth Come , let us sing unto him , both here , and wheresoever else it is used in Divine Service ...
Järgmine » 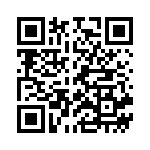